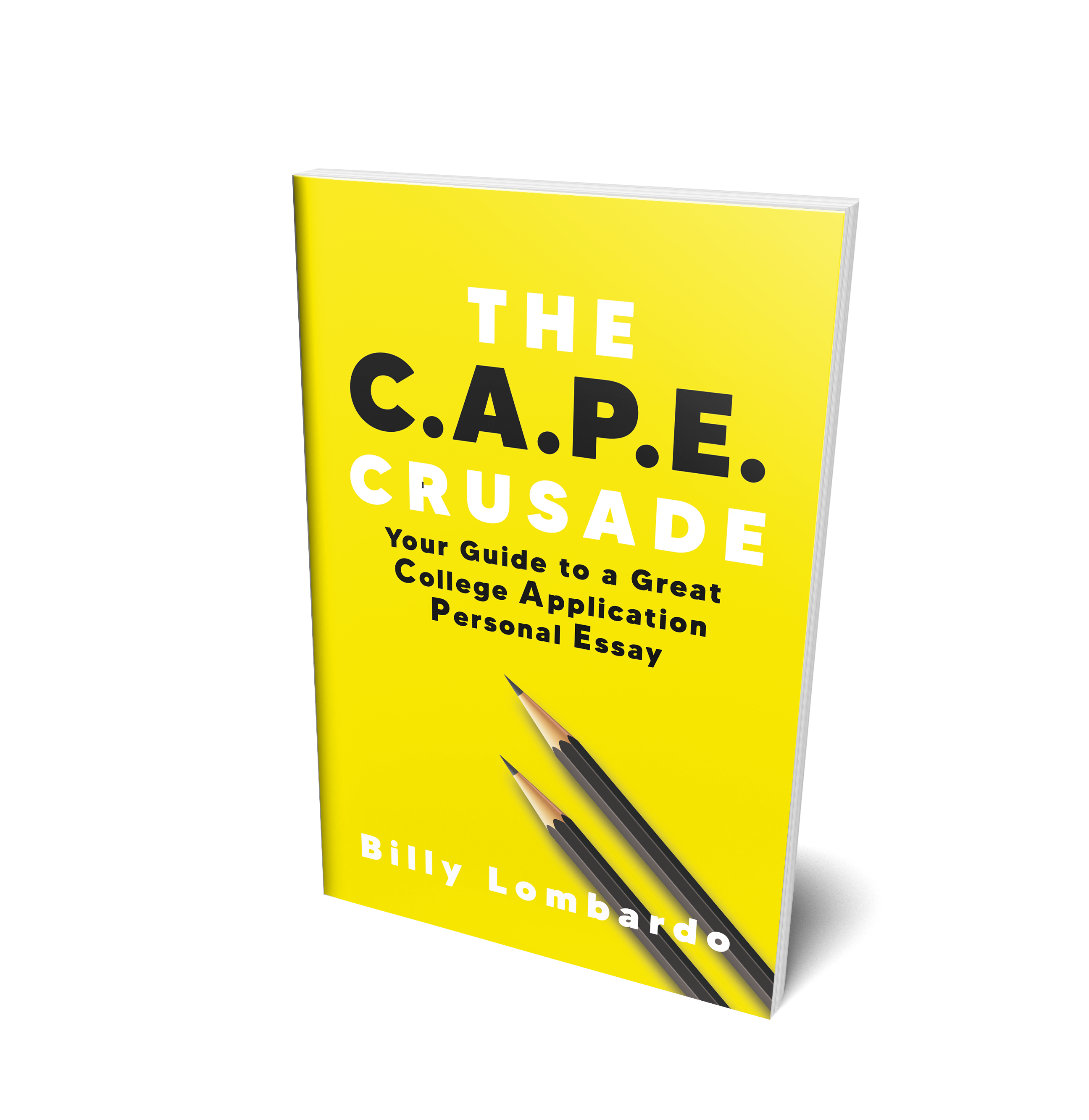 The C.A.P.E. Crusade is founded on more than twenty years of teaching, writing, publishing, and scholarship. Lombardo emphasizes the personal in the College Application Personal Essay, providing original idea-generation prompts and nitty-gritty tips to guide students toward meaningful self-reflection and expression of the stories of their lives.

“The C.A.P.E. Crusade takes writing the college essay from a chore to be endured to an exercise in personal discovery. It’s an indispensable guide for writing an authentic college essay. All seniors should get this book now!” 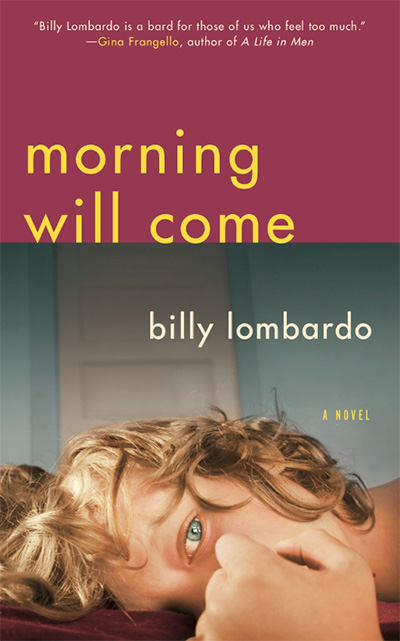 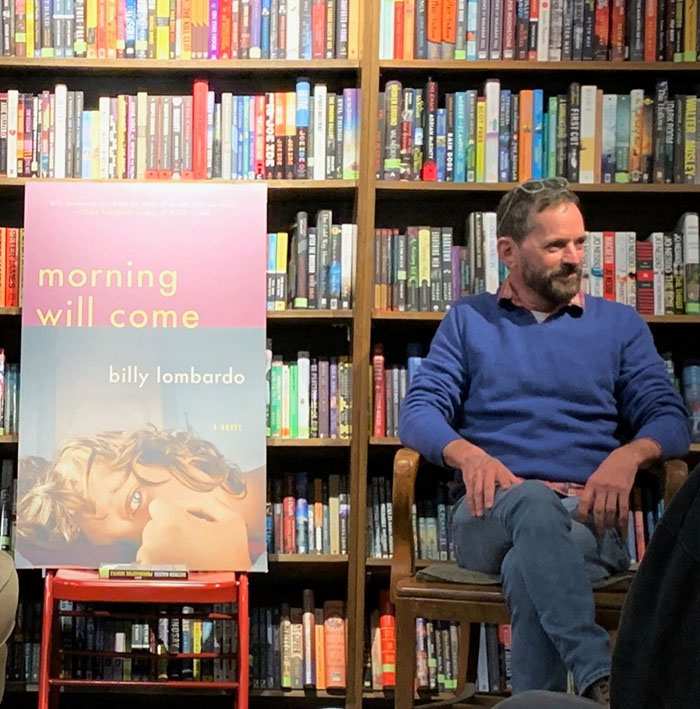 Alan and Audrey Taylor are an ordinary married couple raising three children and coping with the demands of busy careers when the unthinkable happens: their eldest daughter, Isabel, on the verge of precocious womanhood, goes missing in the middle of the night. Thus begins this intimate portrait of a barely functioning family as Alan, Audrey and their two young sons are left to decipher the mysteries of how to go on living and loving––in the aftermath of violence and loss. A haunting, sometimes raw exploration of grief, What Things We Could Recover is also by turns humorous and sexy, exploring the bonds of brotherhood and the redemptive power of love.

“Billy Lombardo's exquisite first novel shows us a fractured family the only way it can accurately be shown––through a fractured lens. The sorrow and honesty of this wise book is almost unbearable, but it's literature's best kind of unbearable, built upon a foundation of generosity, heart, and masterful craft.”

“Billy Lombardo is a bard for those of us who feel too much, and a master of somehow translating the untranslatable emotion into gesture, into language. Lombardo’s characters are unified by their profound connections to one another and their utter fearlessness—or rather Lombardo’s utter fearlessness—to feel deeply. We do not, as American readers and publishers, have been taught to avoid sentiment like the plague. Thank the gods of literature that Billy Lombardo was not listening.”

— Gina Frangello, author of Blow Your House Down: A Story of Family, Feminism, and Treason 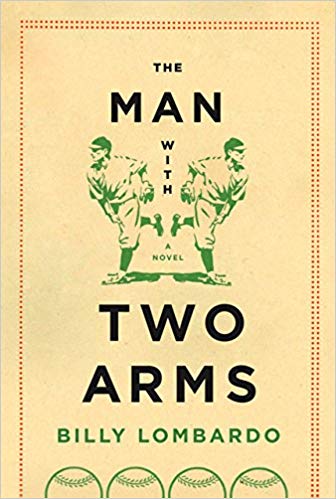 The Man with Two Arms

When baseball nut and high school science teacher Henry Granville discovers his son’s window of ambidexterity, visions of raising a “switch pitcher” (an almost unheard-of athletic skill) kick his obsession into overdrive.​​ Henry’s immediate and relentless symmetry campaign to commit their baby son Danny to a life in baseball leads to astonishing athletic prowess for Danny, but marital discord for his parents. One rocky boyhood later, Danny signs with the Cubs and finds instant fame and discovers a visionary capacity, as well.

Among Lombardo’s gifts in this debut novel are predicting a jumbotron and a world championship coming to Wrigley Field.

BUY FROM THE BOOK CELLARBUY ON AMAZON

“The Man With Two Arms” ranks with “The Natural” as one of the finest baseball novels I’ve ever read. And like “The Natural,” it’s about much more than a game. It’s about fathers and sons, dreams and regrets, love and betrayal. Lombardo has written a breathtaking wonder of a book.”

And a blurb from Bob Costas, who never actually read the novel…

“A switch pitcher? A guy as good as Seaver righty and Koufax lefty? The thought intrigues as does Billy Lombardo’s touching and original debut novel.”
‍
— Bob Costas 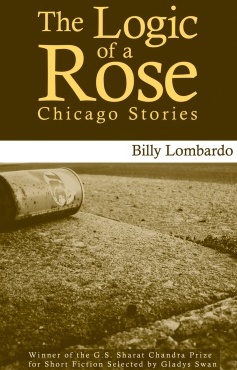 The Logic of a Rose: Chicago Stories

Billy Lombardo's prize-winning The Logic of a Rose: Chicago Stories, is as rich and vital as Bridgeport, the blue-collar Chicago neighborhood in which these stories are set.

BUY ON AMAZONBUY ON INDIEBOUND
Also available at: THE BOOK CELLARB&N

“Lombardo knows this world intimately and writes with a naturalness that makes his streetsmart surface wholly convincing, but the seeming effortlessness of his storytelling depends on a sophisticated sense of craft and a deep sense of empathy.”

— Stuart Dybek, author of The Coast of Chicago, I Sailed with Magellan, Ecstatic Cahoots

life is short.
grow it with your story.